Hi friends, few hours from now we’re gonna welcome 2015; and before we do that, I want to share to you my yearender blogpost featuring the best of 2014 (best song, album, book, and movie). In my two years of blogging, this is my first time to make a yearender post. I am hoping you’ll find it interesting and useful. Let’s get started! 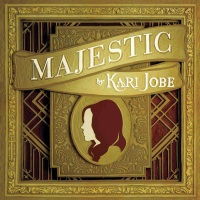 Best Christian Song of 2014
Among others, this one is the hardest to pick. You know, there are lots of Christian songs that have impacted my life this years. Songs of faith and worship that are so irresistible. But this one song has captured my attention and has impacted me in a very different way, and that’s Kari Jobe’s “Forever”. This amazing track can be heard on her latest album “Majestic”. It is theologically-rich, and musically-brilliant. Hillsong United’s “Oceans (Where My Feet May Fail)” is a runner-up. 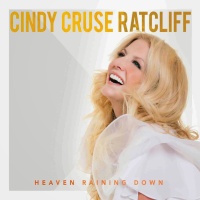 Best Christian Album of 2014
I have reviewed numerous Worship albums from different labels this year, and I must say 2014 was a good year for the Christian Music Industry. I did not write a review about this album, but Cindy Cruse-Ratcliff’s “Heaven Raining Down” is the best for 2014. I bought my copy of it at one of Cindy’s concert events, and hearing its songs live is the best. This ten-cut album was uniquely and brilliantly-recorded. A runner-up mention goes to Kari Jobe’s “Majestic”.

Best Christian Book of 2014
It was published in 2007 but only in this year I’ve had the chance to read this amazing, faith-stirring book; the story of a church that believed God for the impossible, “Prepare For Rain” by Pastor Michael Catt of Sherwood Baptist Church in Albany, Georgia is the best Christian book of 2014. Pastor Catt has a very big heart for 3 P’s: People, Prayer, and Persistence, and these things are wonderfully manifested in this book. “Prepare For Rain” is a must read, a story of faith and revival.
Best Christian Movie of 2014

2014 was not only a year of beautiful things, but also of challenges. There are so many attempts to crush Christianity, but we serve a God who cannot be shaken. Pureflix Films’ “God’s Not Dead” is a very timely film, and is worthy to be 2014’s Best Christian Film. It tells of the story of a Christian College Student who defended God against his atheist Philosophy Professor. Because of its unique message, and huge impact to the viewers, many people have requested for a sequel.
Goodbye 2014
I hope I am not the only one who have enjoyed these bests of 2014, but also you. I pray for 2015 to be more abundant, faith-filled, and most of all God-centered, Jesus-revealing, and Holy Spirit-filled. If you have your own bests in these categories, I’d love to hear from you! Thank you and have a joyous and Christ-centered new year, 2015!