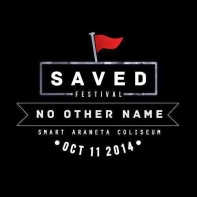 Hello readers! Recently, I shared to you about my Hillsong United concert experience. Today, I’m gonna share to you my Saved Festival 2014 Journey.

October the 10th, a day before the Saved Festival 2014, my cousin, Rochel, had won four (4) Patron Tickets from a contest hosted by Ms. Kaye Catral of House of Praise (the one who also hosted the Hillsong United tickets giveaway, isn’t she so generous!?); and I am one of the blessed people to join her, along with my sister, Dannese, and our childhood friend and churchmate, Divina.

It was my first time to attend a conference like this. Since its inception in 2012, I have heard a lot of awesome things happening on the night of Saved Festival. Holding its theme, NO OTHER NAME, this year’s conference features some world-renown worship artists, which include Israel Houghton and New Breed, Esterlyn, Victory Worship, and guest speaker Francis Chan.

Saved Festival 2014 started 7:30 PM, sharp (unlike the Hillsong United Concert, which is 30 minutes late). Our country’s very own Victory Worship is the one who opened the conference with their world-class worship music. All I can feel that time is excitement and goose bumps! There is really nothing else to feel when the presence of God is roving around as we worship.

The next artist to lead in worship is Esterlyn. Luke Caldwell, the vocalist, is just so passionate as he worships. He was the one who led the crowd in prayer for the word of God—conveyed by the speaker, pastor, and author, Francis Chan. I will never forget the message that night. It was all about the lies that the world has taught us. He also said that when the time comes that we are standing face to face with God, it could be the worst or best day of our life, depending on how we will respond to God’s greatest expression of love. He urged everyone to always read the bible, and have an assurance in Jesus. And before he ended his message, he prayed for everyone. 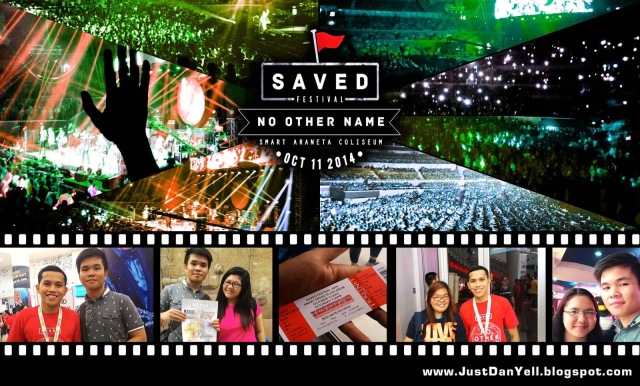 The last artist who led the crowd in worship was Israel Houghton and the New Breed. All people are dancing, jumping, shouting and singing like there’s no tomorrow. At one moment, Israel announced that they are going to record some of the new songs for their upcoming release “Alive In Asia” live! After saying those words, people inside the hall got more alive, and I could literally feel the excitement in the air. And so as expected, Israel Houghton, The New Breed, and BJ Putnam thought us the lyrics and melodies of the new songs. Everything was just perfect and memorable.

Before Israel Houghton and his crew left, he reached out to the people next to the stage, and I was so blessed to be one of them. That night was just epic and amazing; it ended 12:30 AM—five hours of worship! Can you imagine!? We reached our home at almost 4 o’clock in the morning. Though tired, our spiritual strength had been replenished and filled. All glory and thanks be unto Him who sits on the throne—No other name, Jesus.

See the worship setlist below: 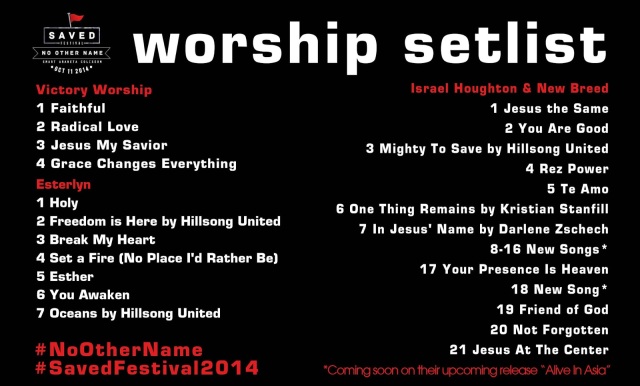