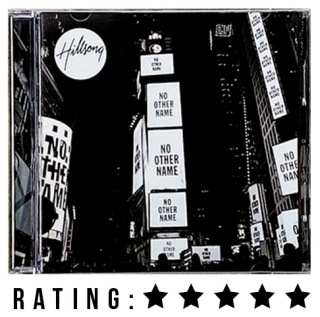 If there is one church in Australia that is so influential to the church worldwide, that would be Hillsong Church. Founded in the 80’s, this mega church is so famous because of its music. I could remember on their 1997 live album “All Things Are Possible”, Pastor Brian Houston stated his vision for Hillsong Church: “The church that I see is a church of influence… a church so large that the city and nation cannot ignore it…” Now, after 17 years, see the fruit of their labor and the fulfilment of that vision.

Annually, Hillsong releases a live album. Through the years since 1992, they have resourced the church with their fresh worship songs. After the matriarch Darlene Zschech left the church in 2011, a new leadership under the senior pastor’s son Joel Houston was birthed. Now, as Hillsong enters a new season of pioneering, they rebrand from Hillsong Live to Hillsong Worship; and under this is their new album offering called “No Other Name”, their 23rd live worship project.
“No Other Name” is new in the sense that Hillsong Live has never done a production like of this one before. If you are a fan of their music, you will be surprised by this factor. Theologically, the album points us back to the One whom worship is all about—Jesus. As if it says: “it is, was, and will always be about Him.” It focuses on His life, works and atonement. If you are getting what I am saying, people nowadays are so consumed by beautiful lights and astounding sounds, and most probably they’re missing the point what is worship all about. Because of this, I commend the results of their pioneering and equipping sessions. The songs that they have produced are spiritually edifying. As we talk about the depth of the songs, I am moved by their efforts on putting The Apostle’s Creed to song with “This I Believe”. Being the album opener, it sets the aim in focus. Congregations would certainly love to sing this declaration of faith. Joel Houston and Jonas Myrin’s re-make of the John Newton classic ‘Amazing Grace’ by the title “Broken Vessels” is my favourite cut off the album. The intimate worship atmosphere that is being stirred as Taya Smith sings is stunning. The musical simplicity blends perfectly to the mood and message of the song.
Musically speaking, “No Other Name” is exquisitely produced. Surprisingly, the whole album is slow in tempo. This is one thing that separates it from their preceding albums; another, it is less on synths; an element that is common on current worship projects. The simple yet melodic guitar parts on each song are very good. It just shows that it doesn’t always need to be overblown and blasting.  Let’s say for example, the title track “No Other Name”, it has a good musical balance; that thing gives beauty to the song and brings out the melodic richness.
Before the album ends, it reaches its culmination with “Our Father“. Obviously, it is The Lord’s Prayer-inspired. It is one of the moments in the album that you don’t want to miss. The message of the song shifts from a prayer to a song of praise. I love the idea of the song, the way it flows.
Overall, the worship on “No Other Name” is simply powerful and musically exquisite. When good musical production and theologically-rich lyrical content meet, good worship songs are being born. Far from what we are expecting, Hillsong has given us a new sound of their “worship,” one that is more on an intimate setting. Their labors on “pioneering again” and creative nights have produced good fruits and a plentiful harvest of quality worship songs. Tracks such as: This I Believe, No Other Name, Broken Vessels, Depths, and Our Father will surely encourage and move the listeners.
“None of this matters if it’s just for creativity alone. Always keep the main thing… Jesus.”
-Cass Langton
Global Creative Pastor, Hillsong Church
Rating: 5/5

Disclosure: A review copy of No Other Name was provided for review by House of Praise, from whom you may purchase the album.