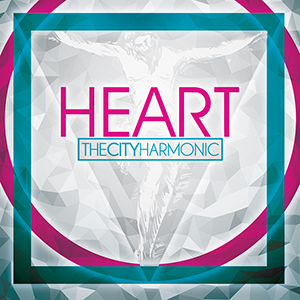 Named New Artist of the Year in 2011, receiving Praise & Worship Song of the Year last year and gathering four GMA Canada Covenant Awards nominations this year, The City Harmonic add their first nods for both Artist and Group of the Year. Having won four Covenants so far, the band is also nominated this year for Praise & Worship Song of the Year and Music Video of the Year for “Holy (Wedding Day)” from the band’s internationally acclaimed debut album, I Have A Dream (Feels Like Home). The 35th Annual Covenant Awards will be held in Burlington, Ontario, Nov. 6 (www.gmacanada.ca).

The growing momentum for The City Harmonic is being carried forward with the band’s five-star rated sophomore album,HEART, which has already gone to No. 1 in Canada and No. 4 in the U.S. on the iTunes® Inspirational and Christian & Gospel charts respectively, and was named a RELEVANT “Editor’s Pick.” Co-produced by the band – vocalist and pianist Elias Dummer, bassist Eric Fusilier, guitarist Aaron Powell and drummer Josh Vanderlaan – and Jared Fox, HEART places Christ at the center while delving into themes of grace, discipleship and being, and becoming, truly human, all the while giving the listener permission to sing out in hope, in hurt.
Taking this communal aesthetic prominent in all of the band’s music to the masses, including new songs from HEART and its fan favorites “Manifesto,” “Mountaintop,” “Holy (Wedding Day)” and more, The City Harmonic launches its “The Heart Tour” Oct. 5 in Denver (Snyder, CO). Presented by World Vision and featuring special guests Shawn McDonald and The Royal Royal, The City Harmonic has also launched a crowd funding campaign through Indiegogo (www.indiegogo.com/projects/the-city-harmonic) to purchase a new bus for its touring. Known for its engaging live performances, The City Harmonic’s latest concert itinerary, information on tickets and more can be found at www.TheCityHarmonic.com.
At the core of the new album is the first radio single and video, “A City On A Hill,” which is steeped in the Beatitudes found in Matthew 5 and continues to receive airplay across the country. The new single and all 14 songs on HEART build from where the band left off with its widely acclaimed, JUNO Award-winning I Have A Dream (It Feels Like Home). Reflecting life lived by the band members since their full-length debut, the new album shifts from the dream of what could and should be to the complexities of how to follow the true humanity of Christ’s example in the world.
Experiencing that complexity firsthand over the past two years, The City Harmonic members went from working day jobs to recording and touring full time. Aaron had his first child, Josh was married, Elias had his fourth child and Eric was diagnosed with cancer. In a very real sense, life set the context for HEART. See Elias and Eric talking about the new album athttp://youtu.be/YqH6JnqRcYU.
Forming nearly four years ago, The City Harmonic is four worship leaders from four churches in Hamilton, Ontario, Canada that went from anonymity to widespread acclaim, headlining tours across North America and gathering numerous awards along the way. In addition to the Juno Award, the band has a Gospel Music Association (GMA) New Artist of the Year Dove Award nomination and nearly 3,000,000 YouTube channel views. The band’s “Manifesto” has sold well over 100,000 copies, marking the only song from a new artist in 2011 to break into the top 10 of the SoundScan Top Current digital singles sales chart.
All the latest detail on the band and its touring can be found at:
www.thecityharmonic.com
http://www.facebook.com/thecityharmonic
http://www.myspace.com/thecityharmonic
http://www.youtube.com/thecityharmonic
http://twitter.com/thecityharmonic